The Haze Factor Of Switchable Glass 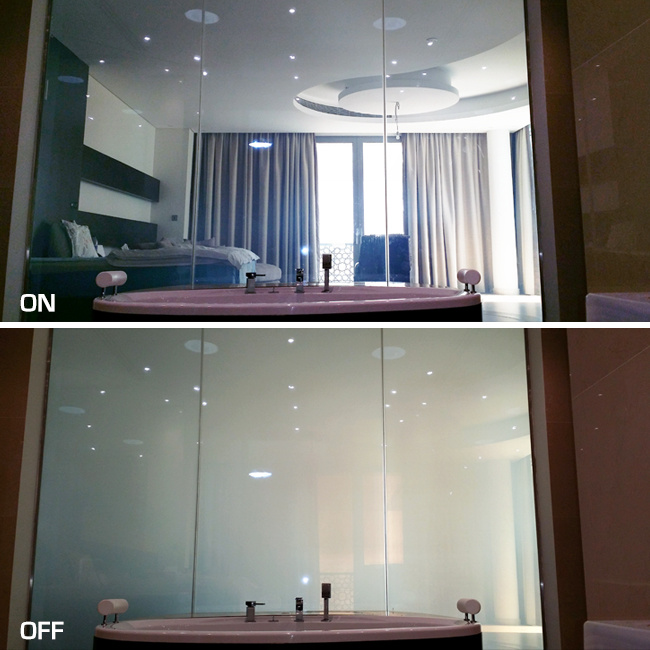 Some of our clients have commented on a ‘milkiness’ they see in some Switchable Privacy Glass when viewed from certain angles in its ‘on’ state. This is referred to as the ‘haze factor’. In order to address this concern Industry Research Department recently carried out a series of comparative tests with other leading PDLC films.

Switchable Privacy Glass in its ‘on’ state displays optimum clarity under normal lighting conditions. Factors such as reflected electrical illumination or natural light cast upon the glass do not favor its visible light transmission and should be taken into consideration when installing it. When viewed from acute or oblique angles, too, the ‘haze’ effect can appear to increase but is not considered a problem. Because of these concerns, Switchglass has completed further tests on its Switchable Privacy Glass: this time incorporating Low Iron Glass. Also known as Starfire Glass, Low Iron Glass has a reduced iron content which greatly increases light transmission.

The results were quite marked, with visible light transmission increased to 79%. In spite of the fact that it would add approximately 10% to the cost of the product, the conclusion is that this is clearly the way to go.