What are CIGS thin-film solar panels 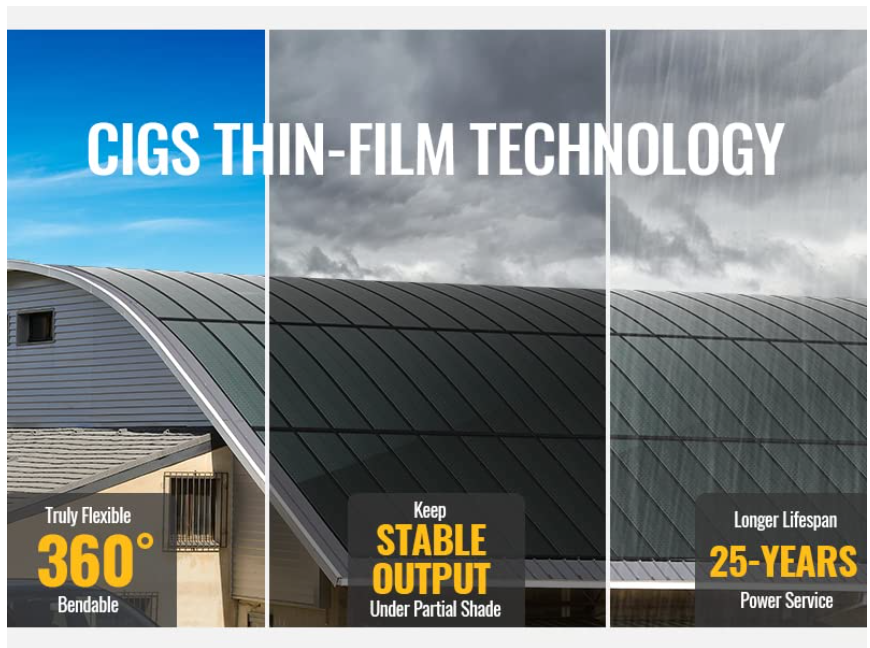 What are CIGS thin-film solar panels?

CIGS (copper indium gallium selenide) based solar cells are currently the most efficient thin film systems for photovoltaic applications. The main challenges of commercial CIGS cells are related to their high cost and to the low deposition rates achieved in the physical vapour deposition techniques that are usually employed to manufacture them.

Copper indium gallium selenide (CIGS) is a highly stable, high performance, and mature thin film PV technology. The CIGS semiconductor composition has not been substantially altered since 1986, although advances in production technology have enhanced efficiency over this period.

That the semiconductor composition has remained fundamentally unchanged over 30 years stands testament both to its stability and reliability, and also indicates the potential for future fundamental ‘step change’ improvements in production cost and conversion efficiency – as a result of continuing R&D efforts and deployment in large-scale manufacturing.

As of 2019, CIGS cell efficiencies have surpassed all other thin film PV technologies, achieving 23.35% on the cell and 17.5% on the module level. CIGS has also been deployed in ultra-high efficiency tandem cells, with the potential to achieve 30% efficiency. Perovskite/CIGS tandem cells have been produced, and there is significant potential for future efficiency development through band-gap tuning in such applications.